Imagination Technologies, the British chip designer that provides PowerVR graphics processors for use in the iPhone and iPad, has said that Apple will no longer be licensing its technology in less than two years’ time. In a statement, Imagination says that Apple has notified the company that it’s “working on a separate, independent graphics design in order to control its products and will be reducing its future reliance on Imagination’s technology.”

The development would be a major blow for Imagination, which relies on Apple for about half of its revenue and will apparently stop receiving royalties on iPhone and iPad devices to launch within 15 to 24 months from now. Apple currently holds more than 8 percent of the company; the Financial Times reported a year ago that Apple had held acquisition talks with Imagination but decided against a full takeover.

If what Imagination says is true, then we could see an A-series chip with both a fully Apple-designed CPU and GPU as early as next year’s iPhone range. Apple has already found success in the field of CPU design, with ARM-based processor cores that often vastly outperform those of competitors. But the particulars of any new GPU design are likely to come under heavy scrutiny: Imagination is skeptical that Apple would be able to come up with chip technology that wouldn’t infringe upon its patents.

“Apple has not presented any evidence to substantiate its assertion that it will no longer require Imagination’s technology, without violating Imagination’s patents, intellectual property and confidential information. This evidence has been requested by Imagination but Apple has declined to provide it.

Further, Imagination believes that it would be extremely challenging to design a brand new GPU architecture from basics without infringing its intellectual property rights, accordingly Imagination does not accept Apple’s assertions.”

All of this sets the stage for an intriguing showdown — depending on what Apple manages to develop in its labs, we could either have a patent battle or what Imagination believes would have to be a radically new GPU design sometime next year. Imagination says it’s discussing “potential alternative commercial arrangements” with Apple, however, so the two parties may come to an agreement before things get to that stage. 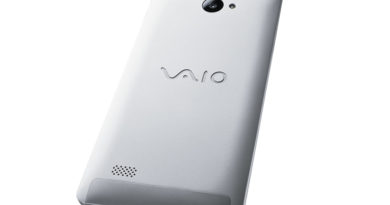 Sony now has to compete against VAIO’s new Android phone