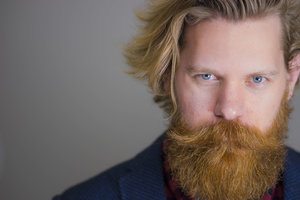 In an ecommerce world that is seemingly dominated by Amazon, Eric Bandholz has just moved his company’s products away from that marketplace. The company, Beardbrand, is now focused on selling through its website and other channels. Revenue has greatly increased.

I recently spoke with Bandholz about Amazon, Beardbrand, and the importance of a company vision. What follows is the audio recording of our entire conversation and a transcript of it, edited for clarity and length.

Practical Ecommerce: Tell us about Beardbrand.

I realized there was a community of individuals like me. I called them urban beardsmen. Beardbrand was going to be the organization that united urban beardsmen and provided the tools they needed to feel confident.

Over the years, Beardbrand has evolved. It started in 2012 as a blog and a YouTube channel and a Tumblr page. Then we brought in the ecommerce element in 2013. We do that by manufacturing and designing our own men’s grooming products — for your beard, your hair, your skin, anything that you could imagine a dude would need to improve his look, and his style. Hopefully, that will allow him to invest in his family and this career and his community and, ultimately, make the world a better place.

Beardbrand is entirely bootstrapped. We have no outside investors. We grow from the earnings of the business.

PEC: Why not sell your products on Amazon?

Bandholz: Back in 2013, 2014, we made our first attempt at selling on Amazon. We sold a bit. But it made up no more than 10 percent of our business at the time. The thing that I hated — as a philosophically-driven person — is the way that Amazon communicates with its resellers.

I would receive emails from Amazon that threatened to terminate our account. They very aggressive when we were dealing with growing pains.

We ended up working with a reseller whose entire business was selling on Amazon. We treated that reseller like any of our other wholesalers.

We did that for a couple of years. We were able to gather data on what our products were doing on Amazon. They generated a fair amount of revenue — around 12 to 13 percent. But we sold a wholesale price.

So January of 2018, we decided to go all in with Amazon. But we couldn’t find the right person to join our team to fill that role. January turned into February, which turned into March. Then, at our March quarterly strategy session, after not hiring the person to run our Amazon channel, we started to look at the data of what was going on with our business.

When I started digging into the numbers, our non-Amazon revenue in January was 36 percent higher year-over-year. That’s when we decided not to sell our products on Amazon. It was a crystal clear decision.

PEC: You wrote in a blog post that you couldn’t deliver the experience that you wanted on Amazon. What were you referring to there?

Bandholz: If you want to be good at Amazon, you have to understand Amazon. It’s never been a core competency of ours. We’ve never been a data-driven marketing company that manipulates the pricing of our products, begging and bribing for reviews. We’ve never done any of that stuff. So [to excel at Amazon], we would have to invest a lot of resources — time and money — to be able to learn and grow.

We are working on Facebook campaigns and email marketing tactics and YouTube videos and blog articles. All of these affect revenue. So we didn’t turn off Amazon and automatically achieved a 36 percent increase. There are many factors that go into that.

PEC: Is that a 36 percent increase on your website, Beardbrand.com?

I suspect that a lot of people who were buying our products on Amazon have realized we are no longer there. They now go directly to Beardbrand.com.

PEC: How do you generate traffic to your site?

Bandholz: My mind is always turning to how we can generate an audience over the long term — what kind of marketing strategies are sustainable. For us that meant investing in our YouTube channel, producing a lot of educational and entertainment videos to help our audience.

PEC: Do you do produce the video in-house?

Bandholz: Yes. We have a full-time video editor. We also have a person that wears multiple hats — part influencer, part face of the brand. He films a bunch of our videos. Then we have a social media coordinator, who helps to communicate our videos.

PEC: You moved away from Amazon, but you still have wholesale channels. How much of Beardbrand’s sales come from wholesale versus direct-to-consumer?

Bandholz: We’re now in all Target stores. It dramatically shifted our revenue streams. It’s now about a 50-50 split between direct-to-consumer sales and wholesale, via retailers such as Target.

PEC: You are a former contributor to Practical Ecommerce. How do you advise merchants who feel trapped by selling on Amazon?

Bandholz: If you want to be away from the thumb of Amazon, design and develop your own products. Even more, build a brand and a vision and a mission that is bigger than the products themselves. Make the world a better place. Empower your audience. Once you figure that out, the customers will follow. They will be a part of that mission.