Uber Technologies CEO Travis Kalanick on Tuesday confirmed that he will take a leave of absence, as a company review led by Eric Holder, former U.S. Attorney General, was made public. The review sketches out a plan to make radical changes to diversify Uber in the wake of allegations of sexual harassment and discrimination.

Kalanick accepted responsibility for widespread company problems that led to the investigation in a letter to employees that was released with the report.

“For the last eight years my life has always been about Uber,” he wrote. “Recent events have brought home for me that people are more important than work, and that I need to take some time off of the day-to-day to grieve for my mother, whom I buried on Friday, and to reflect, to work on myself, and to focus on building a world-class leadership team.”

The “ultimate responsibility” for how things have developed and unraveled at the company “rests on my shoulders,” Kalanick added.

As they worked to build Uber 2.0, Kalanick needed to work on “Travis 2.0” to become the leader that the company needs, he said.

While Kalanick is away, the leadership team, his direct reports, will run the company, he said. While he will be available as needed for strategic decisions, he will be “empowering them to be bold and decisive” so the company can quickly move forward.

The changes recommended in the report were unanimously approved by the board on Sunday, according to Liane Hornsey, chief HR officer at Uber, who said they would “improve our culture, promote fairness and accountability, and establish processes and systems to make sure this would not happen again.”

The 13-page report, prepared by Holder and Tammy Albarran, both partners in Covington & Burling, calls for a series of dramatic changes to diversify Uber’s management and workforce, as well as overhaul the corporate governance structure.

Holder’s firm was brought in after former engineer Susan Fowler described widespread sex harassment and retaliatory behavior at Uber in an online post.

Numerous changes already have been made at Uber, including the firing of about 20 employees found to be guilty of bad behavior, and the sacking of Uber’s No. 2 executive Emil Michael.

The report recommends giving some of Kalanick’s duties to other senior management officials: The company should hire a chief operating officer to run day-to-day operations — preferably someone with a background in diversity and inclusion. It should hire an independent chairperson of the board, and restructure the board to have more independent members. The company also should conduct performance reviews of top executives.

The report suggests creating an oversight board to evaluate how the company is progressing in its efforts to increase diversity, to operate using ethical business practices, and more. The company should use compensation to hold senior executives accountable.

Uber also needs to improve the company’s internal controls and audit committee processes, as well as closely track agreements with employees through the use of software and other tools to ensure compliance and monitor handling of complaints.

The company should use blind resumes in its hiring to help prevent discriminatory practices. It should adopt something similar to the NFL’s Rooney Rule, which essentially requires more people of color and women to be included in major hires, the report suggests.

In order for Uber to improve, it needs restructuring at the top leadership level, said Rebecca Lindland, executive analyst at Kelley Blue Book.

“My first reaction was they’re putting the adults in charge,” she told the E-Commerce Times. “You can’t run a company like a frat house.”

What Uber needs is a Sheryl Sandberg-like executive who can help steer a young, growing technology startup to adopt a more mature and diverse corporate culture, Lindland suggested.

Uber’s problems are not unique — other startups have been known to indulge in freewheeling behavior when the checks come flying in and then have difficulty growing up.

“Until I worked at a startup, I never understood the maxim that growth can kill a company,” said Bennett Kelley, founder of the
Internet Law Center.

“Uber experienced rapid growth, and Kalanick didn’t put in place the people and controls necessary to manage it properly,” he told the E-Commerce Times.

The situation at Uber is “more than a little strange,” said Charles King, principal analyst at Pund-IT.

While the Holder report recommendations are “eminently sensible,” changing a company culture — particularly one that led to such a strong market position and personal enrichment of so many people — is not a trivial matter, King told the E-Commerce Times.

It’s difficult to see how can the company can deliver the significant change shareholders and board members have called for under the existing structure, he said.

“Absent one or two of these board members joining the call for structural change,” he said, “Kalanick’s leave of absence may simply be the first act in a dumb show that will have little if any lasting effects.”

David Jones is a freelance writer based in Essex County, New Jersey. He has written for Reuters, Bloomberg, Crain’s New York Business and The New York Times.

Seeding the Next Generation of Consultancies 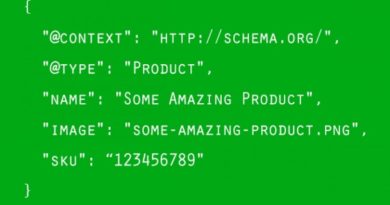