Continuing its trend of making sure everyone has the latest live video capabilities as we end 2016 and begin a new year, Facebook has released a set of new features geared towards celebrities, well-known individuals, and their social media management team.

Available through the Facebook Mentions app, collaboration between teams has been improved as well as managing comments within broadcasts. Additionally, there are new controls that allow adjustments to be made during livestreams around video and audio quality, and even an option to do post-broadcast editing to provide the optimal playback a brand or celebrity wants.

To say Facebook is excited about livestreaming could be an understatement — it’s obsessed, and from advertisements plastered in subway stations to commercials running on television, the social networking company wants you to share what you’re doing with your life in real-time. It recently announced support for 360 degree videos in the service, as well as expanding to audio-only broadcasts. 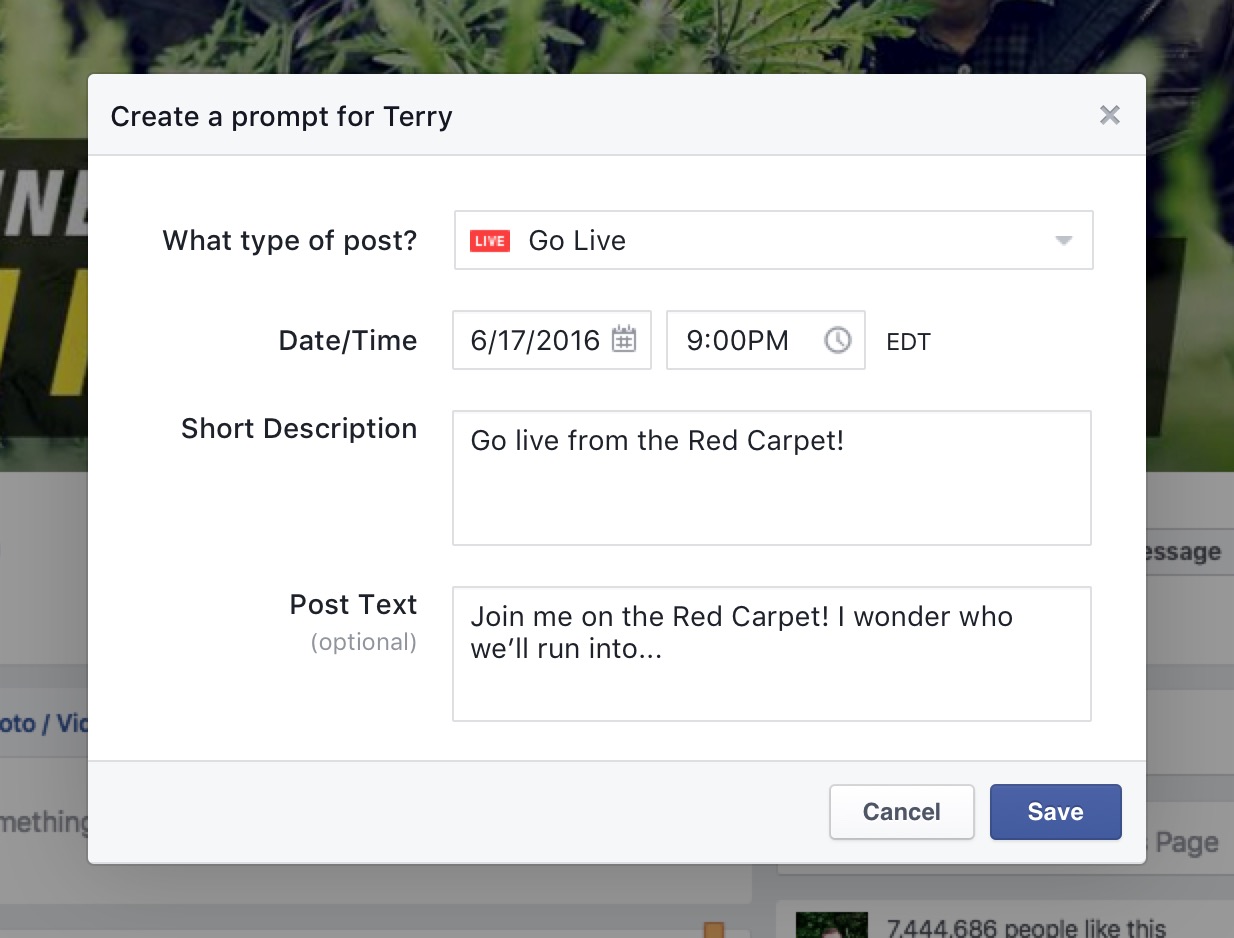 Now its time for brands and social media teams to get an updated experience, which enables them to create more quality productions and therefore entices them to do more livestreams instead of jumping over to Twitter which offers its Periscope Producer service that pulls in videos from non-smartphone sources. Among the first of the series of updates is improved collaboration and management, streamlining the entire administrative process.

With Team Prompts, brands can have social media managers create draft posts that can be reviewed by public figures before publishing. It also offers scheduling tools so you can set reminders to go live and when content should be published through the Mentions app — think of it as having somewhat similar offerings like CoTweet and Hootsuite but specifically for livestreaming.

Tags can also be added into their post to likely improve the chance of it being discovered should you actually use Facebook’s Search tool.

When going live, brands and personalities with a large following could encounter some issues when dealing with comments. If you’re dealing with a polarizing conversation topic, such as the U.S. elections, healthcare, Apple versus Google, sports, or anything else, you’re going to want to have ways to manage the discussion so it’s productive instead of too antagonistic that everyone loses interest in what you have to say. That’s why Facebook is launching comment moderation so managers can blacklist specific keywords from being shown.

“This interactivity is one of the things that makes Facebook Live so engaging, but we know that public figures want more ways to help manage these comments,” the company said in a blog post.

It’s likely that Facebook isn’t done with moderation and will be working on new ways to improve the safety and open conversational aspect people want to have on the social network…hopefully.

Seeing that the Mentions app is geared more towards brands and celebrities with professional producers and technicians, Facebook has made available new tools that can be used to improve the viewing quality of broadcasts while live. There’s now an adjustments tray that allows broadcasters to tweak how the livestream is viewed. Options included is the ability to flip the camera horizontally or vertically, adjusting the brightness, and specifying whether to mirror the picture or not. “The mirroring setting is especially useful when the broadcaster wants to showcase certain text or a sponsor logo during a branded content broadcast,” the company explained.

There’s also a new status bar that is being tested with a “small group of people using Mentions” that provides additional controls such as adjusting the audio level, connectivity, and battery status. It’s estimated that this batch of features will be available in the coming months.

Lastly, once a broadcast has concluded, there’s now a way to perfect how it’s played back. When you end a livestream, there’s always that awkward part where you might be shown reaching for the end button or there’s some unappealing parts you just want to get rid of to make your video more professional looking. Facebook has introduced a trimming feature within Mentions that lets broadcasters trim excess footage from the beginning and end of a video.

Trimming is rolling out over the next coming weeks. The dream of Ara: Inside the rise and fall of Google’s most revolutionary phone

How the Social Media Dumpster Fire Hijacked the Election