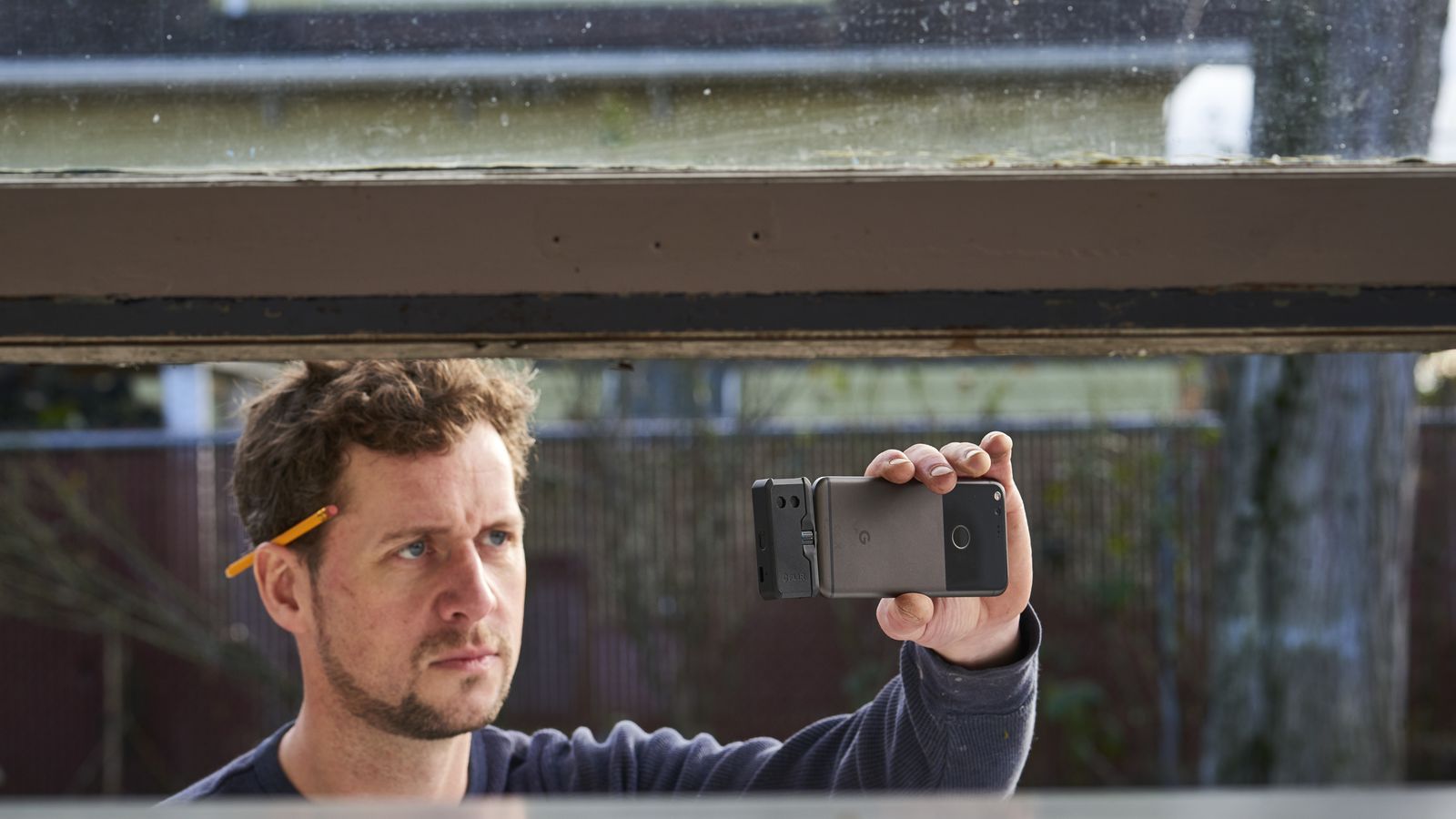 Thermal imaging company Flir has announced a few new toys and tools that will let users see in the dark, measure heat, and help with home improvements.

The first is a new version of the Flir One, a thermal camera attachment for iPhones and Android phones (equipped with USB Type-C ports). The new Flir One features a new image processor and higher resolution visual camera, and is cheaper than its 2015 predecessor — just $ 199 instead of the old price of $ 250. It also has a height-adjustable dongle, meaning you can now use it with phone cases, something that previously required flimsy adapters.

Flir says that it saw a number of customers use the previous Flir One in professional or semi-professional settings, such as plumbing, contracting, and home improvement. So with that in mind the company is also going to sell something called the Flir Pro. It’s a more ruggedized version of the Flir One that comes with a higher resolution thermal sensor. The Flir Pro will run $ 399.

Workers who know they need thermal cameras on the job are going to have some new options this year, too. Flir today also announced the Flir Duo and Duo R — two GoPro-sized cameras with pro-quality thermal imaging guts. The difference between the two is that the Duo R is also capable of making lab-calibrated thermal measurements. These cameras can fit into tight spots or even be attached to a drone for spotting trouble with or measuring the temperature of things like rooftop HVAC systems. The Duo will run $ 999, while the Duo R costs $ 1299.

Flir also announced one final camera for pros: the C3, which costs $ 699. It’s a rugged, palm-sized thermal camera with a 3-inch LCD touchscreen that has also been lab-calibrated in order to make extremely accurate heat measurements, just like the Duo R.

Thermal cameras are not a thing that everyone needs, but they’re fun to use and are the kind of thing you can find uses for if you have one. That Flir is making them more affordable, more compatible, and easier to use can only be a good thing.