As nations around the world mark the annual LGBT Pride month this June, Google has added dozens of parade routes to Google Maps on Android and iOS to help revellers find where the party’s at in their neck of the woods.

Available in 35 cities globally, from San Francisco to Tel Aviv, a little rainbow (what else?) colored marker denotes where you should be walking as part of the celebrations.

Above: Pride in San Francisco

You can then tap on the route to open more details on the event, including when it’s expected to take place, a website address, and what the traffic is expected to be like. Related Pride events are also shown on the map.

This isn’t the first time Google has chosen to mark Pride month. A few years back, the internet giant hid an Easter egg in Google Docs that automatically transformed a spreadsheet into rainbow colors when the user spelled the word “pride” with a letter in each cell.

Facebook, too, has gotten in on the Pride celebrations this year. Earlier this week, it revealed that users would be able to add a Pride-themed profile frame to their photos, while also displaying animations on their News Feed if they respond to Facebook’s Happy Pride message. 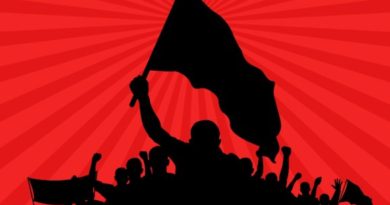 Online petitions and social media are fine, but real-world protest is more important than ever