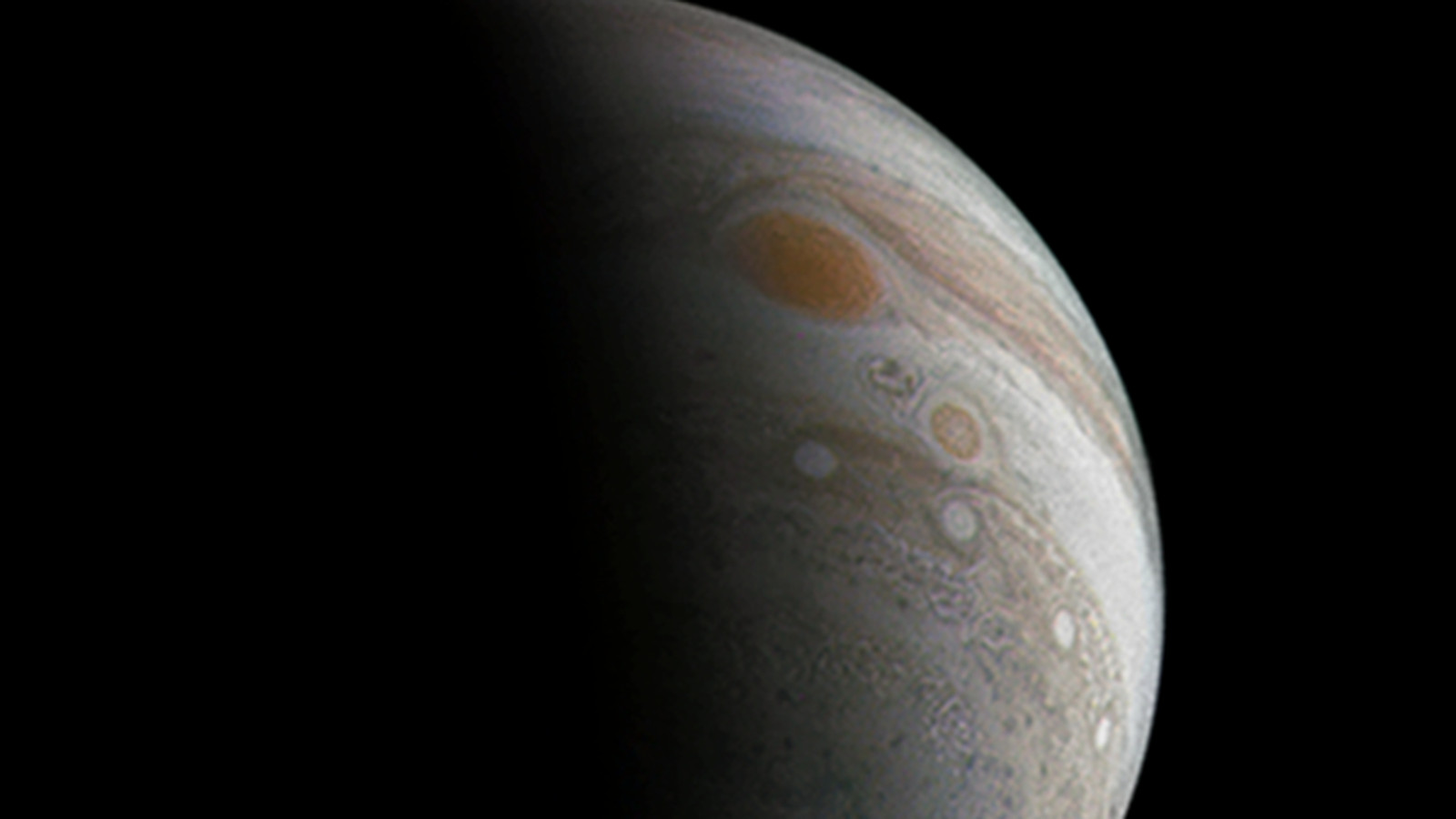 On Friday, NASA released an image of Jupiter taken by the Juno Spacecraft on December 11th. Interestingly, the stunning picture was processed by Russian musician Roman Tkachenko, who took the raw data taken by Juno’s cameras to produce the final result.

The Juno spacecraft has been orbiting Jupiter since July, where it’s been studying the gas giant’s atmosphere and magnetosphere. Along the way, it’s been taking some excellent pictures of the planet. Juno took the picture while flying by the planet at a distance of around 285,100 miles (458,800 kilometers). 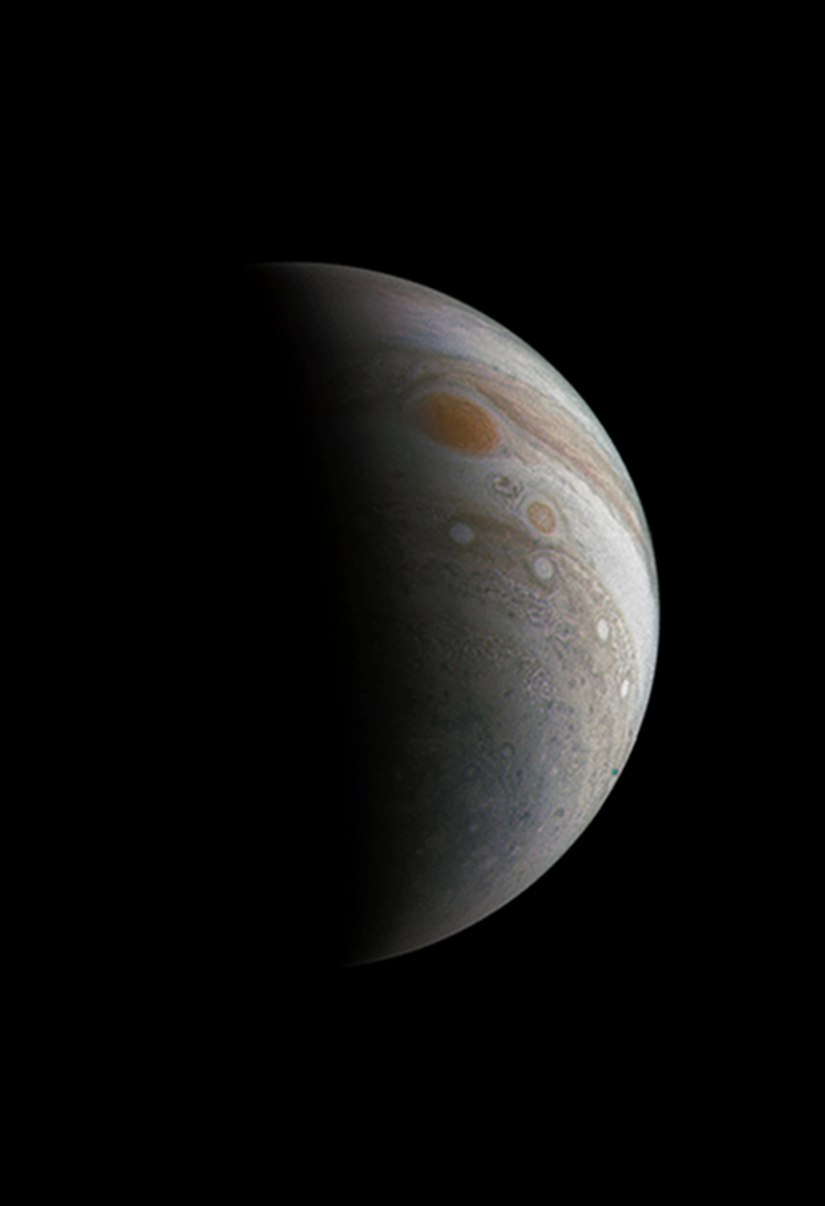 Tkachenko noted that he’s been staring up into the sky since he was a child. “My interest in astronomy began at about five to six years, but maybe even earlier,” He explained. “When I saw two great comets – Hyakutake and Hale-Bopp, I was so impressed that I realized that I want to learn more about space.” Since then, he’s learned more about astronomy, and uses his own 65 mm telescope to make his own observations.

Ever since Juno’s arrival to Jupiter, Tkachenko has been producing some other stunning pictures of the gas giant: 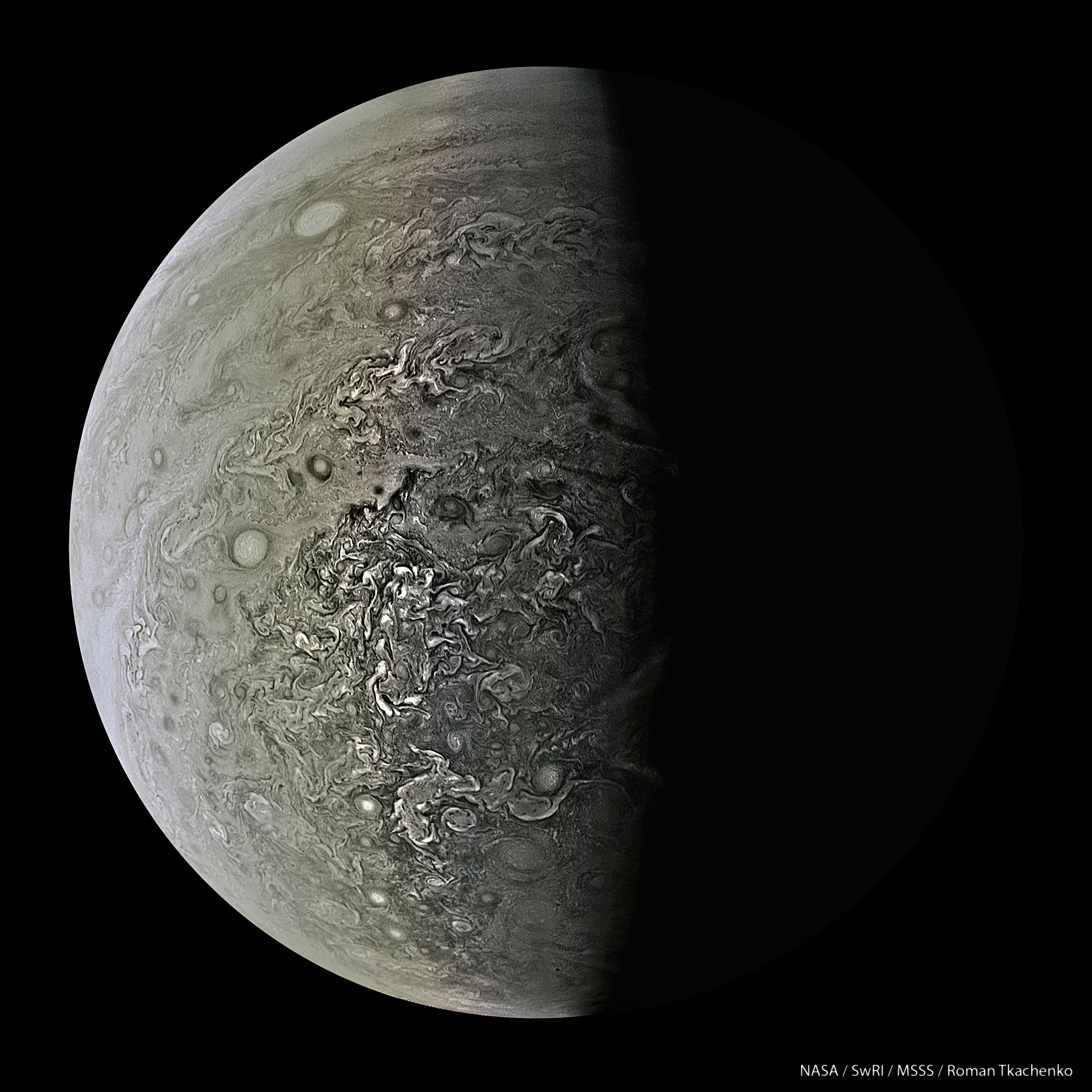 In October, Tkachenko posted up a comparison image on Twitter that shows off a before and after image that reveals what his image processing does:

The image on the left shows a Red / Green / Blue image that’s been assembled from 40 RAW images, while the one on the right has been processed, showing off more contrast and detail.

Tkachenko processed the image manually, drawing from the raw data sent back by the spacecraft. Juno’s Junocam, a visible-light camera and telescope took pictures and passed them through a series of color filters, which he then assembled in Adobe Photoshopand made some minor corrections to create an accurate Red/Green/Blue image.

“The rest of [the] processing includes a color correction, sharpness improvement or deconvolution and level correction,” he told The Verge in an e-mail. It’s not the first time that he’s done this: he’s been producing some amazing pictures and animations of some of NASA’s other visits, such as Pluto. “[I use] different tools and processing algorithms for different images taken in space missions,” he noted, “because sometimes some of the images needs more sophisticated processing methods.”

Improve Your Writing and Last Chance for Rainmaker Platform

Strategic ROI vs Attribution: CMOs Must Know the Difference