The regional offering of the world’s largest e-commerce retail had been a long time coming, and although it was mostly a soft launch, the marketplace is ramping up its efforts three months later, with the launch of Fulfillment by Amazon (FBA).

Just as its fulfillment service works in other markets, the marketplace’s FBA gives third party retailers an additional way to sell to customers here. But if you are a third party seller based somewhere other than Australia, is Jeff Bezos’ firm’s new regional website worth your time and effort?

Let’s take a look at this case.

Why is Amazon Australia different?

By all intents and purposes, the Australian part of the website is no different to any other regional offering by the global retailer.

It looks and operates exactly like all other sites, with a focus on the Australian market – and prices to match in Australian dollars. It has all the usual Amazon products you’d expect, and the Marketplace – so third party vendors can list and sell their products too.

But dig deeper, and you’ll see there are few key features that are different:

The main reasons for these differences is that Australia is essentially a brand new marketplace for the Amazon brand – and an unusual one.

Australia is somewhat of an anomaly when it comes to e-commerce. Although it’s the 12th largest economy in the world, online sales amount to a relatively small amount of this – just 10% of traditional store sales. Unlike the rest of the world, e-commerce isn’t particularly big in Australia – not yet anyway. For that reason, Amazon doesn’t have the same brand recognition as it does elsewhere.

Google data – as found by Reuters –  shows that if customers are shopping online, they’re much more likely to be looking for websites of their favourite brick and mortar stores, than they are to be searching for Amazon.

Shoppers do use the electronic commerce in Australia – usually the .com version – but this use is limited.

The final reason why Amazon – and e-commerce in general – hasn’t taken off yet in Australia is the geography. The island is vast – the size of the continental USA – but there are huge areas of it that are remote, with very little inland infrastructure.

The population is the world’s most spread out, meaning delivery service and scheduling is a big challenge. Expectations of two or three week timescales are standard, so e-commerce isn’t as quick and easy as it is in other countries.

What are the benefits of selling on Amazon Australia?

But Amazon’s full commitment to the market and the regional economy is set to change that.

And it brings with it some great opportunities for third party sellers. Here’s why:

Because the site is so new, the number of products for sale on it still lags way behind other Amazon sites. And the majority of those products are from third-party sellers, not Amazon itself.

That means for many products, you won’t be competing directly with Amazon prices. You’ll also find competition in general is much less than other Amazon sites, and can expect a bigger share of the customers.

Amazon.com.au is still very new to most Australians. Most are still going to the international website to get what they need. But this will change.

As more and more products become available, brand awareness will spread. Amazon has a strong track record wherever it enters the marketplace, and its launch of Amazon Prime is sure to shake things up.

Expect traffic to grow dramatically over the next few years, as more and more Australians embrace e-commerce and Amazon in particularly.

If you are already selling on Amazon.com or Amazon.co.uk, then you won’t need to make any major adjustments to sell in Australia. They share a common language and culture, so you don’t need to worry about translations or new product descriptions.

With no language barrier, listing your existing offerings on the new platform should be easy.

Shipping directly to Australia – from Europe or the USA – could be a big logistical challenge, but the launch of Fulfilment by Amazon makes delivery a lot easier for third-party vendors.

Sellers can simply ship bulk orders with a wide variety of products in to Amazon’s central warehouse, and they will take care of all delivery requirements from there (for a small fee of course).

It means you can reduce delivery times to your customers, and don’t need to worry about logistics. The onus is on Amazon to offer a strong delivery service, and whilst they’re currently working with Australia Post, the company is likely to develop their own network soon. Are there any downsides?

Despite these benefits, selling on Amazon Australia won’t be suitable for everyone. Fulfilment by Amazon does make delivery a lot simpler, but there are still big logistical hurdles to overcome.

A quick turnaround time will be a constant challenge for sellers. International shipping to Australia can be expensive, and isn’t fast. If Amazon sells out of your stock, replacing it could take time. And even when products are on the mainland, delivery can still take over a week to some places.

As with all international shipping, you also need to be prepared to deal with custom duties and requirements. That’s more paperwork, and more costs.

You will need to carefully plan out the costs and ensure that the margins on your products will still be beneficial. Product prices are higher on Amazon AU for this reason, but customers were expecting lower prices and better deals – so this might need to change.

How do I sell on Amazon Australia?

One final challenge to overcome will be the listing and management of products themselves. As Amazon Australia is a separate entity, this is yet another platform for multichannel sellers to list to. The platform itself mirrors all other Amazon platforms – so it’s easy in that respect – but you will still need to list products separately and manage all listings individually.

As with all multichannel selling, the key is stock and inventory management. All good e-commerce multichannel software integrates with Amazon, so expect to see support for Amazon Australia too. ChannelGrabber was the first to support full Amazon integration for Amazon AU.

This type of software will be essential if you can ship to Australia and wish to sell there.

If you can ship, sell.

Although Amazon Australia is still very young, and customers’ appetite is more limited than you might expect, we think it’s worth selling in Australia.

If you can logistically ship products to Australia cost-effectively and efficiently, then it’s definitely worth selling on Amazon Australia. Because even though Amazon AU is young and interest in e-commerce is only just starting to grow, these are the biggest benefits. You can be in at the beginning.

As the first wave of third party vendors to sell on Amazon Australia, you stand to profit the most.

9 Statistics on the Impact of a Mobile User Experience 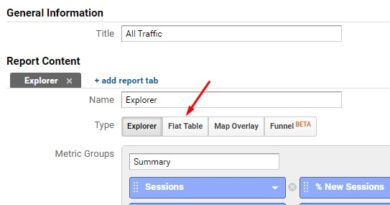