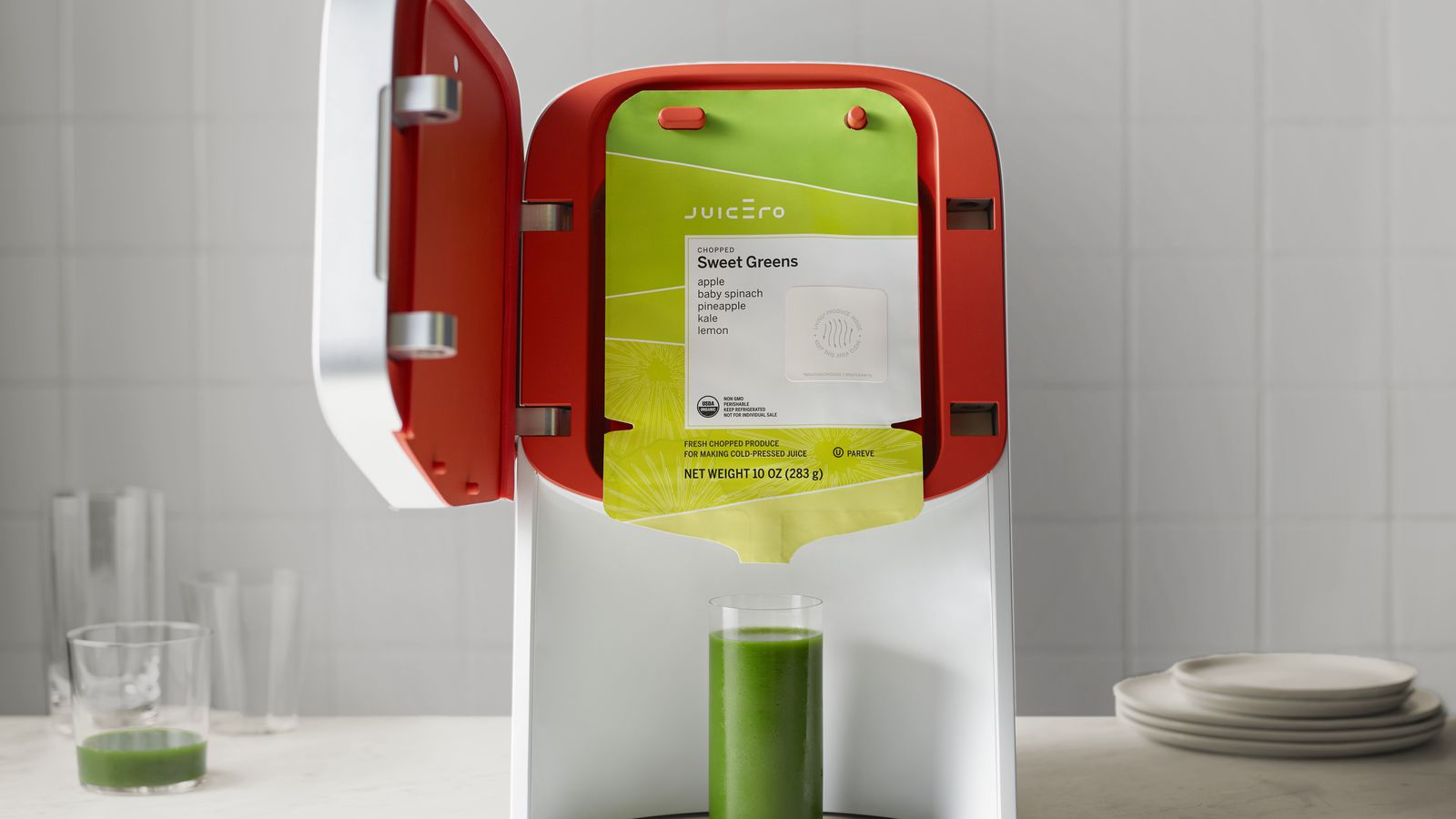 Juicero, the company behind the luxury juicer that only works with proprietary fruit and vegetable pouches and requires a connection to the internet, is significantly dropping the price of its juicer today, bringing it from $ 699 down to $ 399.

The price cut seems to speak to just how difficult it is to sell a nearly $ 700 juicer that can’t juice fruits and vegetables bought at the store. Juicero says that when it cut prices for Black Friday — dropping the juicer to $ 350 for a few days — its customer based “doubled,” which suggests that its install base probably wasn’t that high to begin with.

With the price cut, Juicero says it hopes to get juicers into more homes so it can focus on the revenue that comes in through people buying its proprietary fruit and vegetable pouches. Sales of these pouches have been higher than “even our most favorable estimates,” according to the company, “so it turned out to be an easy decision to lower the cost of entry now.”

The price drop follows a shakeup at Juicero back in October, when company founder Doug Evans stepped away as CEO and was replaced by Jeff Dunn, who previously held executive positions with Campbell Soup and Coca-Cola. At the time, Juicero indicated it would put a heavier focus on getting its juicer into hotels, offices, grocery stores, and other locations that wouldn’t require consumers to purchase a juicer outright.

Juicero has been around for less than a year now, and it’s still only available in a few locations: California, Arizona, and Nevada — regions within reach of its packaging facilities, since consumers have to be within a short shipping distance of its fresh fruit and vegetable pouches. The company says it has plans to expand to additional states this year.

While the Juicero juicer is now more affordable, its fruit and vegetable pouches aren’t, with most still costing $ 7 per pouch for a single serving of juice. And while the result may taste fresher than bottled cold-pressed juice, the supposed health benefits any of these drinks claim to offer aren’t really there. When it comes down to it, you’re better off just making a smoothie.

Trump got in a truck, made some funny faces, and the internet reacted accordingly

Show Notes: This is a salacious headline about Apple designed to get clicks