Marissa Mayer announced today in a note posted to her personal Tumblr page that she will be redistributing her annual bonus and equity stock grant to Yahoo employees. The chief exec is doing so as a tacit admission of failure following Yahoo’s two separate security breaches revealed last year that collectively compromised the personal information of more than 1.5 billion users. The move, a rather unprecedented act in the tech industry, signals just how severe a mistake it was to allow Yahoo’s vulnerabilities to be exploited.

Yahoo revealed last year that it suffered two security breaches, one in 2014 and one in 2013, that compromised info like names, email addresses, telephone numbers, and cached passwords. While payment information was not involved, the hacks were an embarrassing moment for the company during its acquisition talks with Verizon. As a result, the telecom negotiated to pay $ 350 million less than its original $ 4.8 billion figure.

Relevant to Mayer’s admission here, an independent committee Yahoo brought on to investigate the hacks found the company to be at fault for not sufficiently responding to the security incidents. “While significant additional security measures were implemented in response to those incidents, it appears certain senior executives did not properly comprehend or investigate, and therefore failed to act sufficiently upon, the full extent of knowledge known internally by the company’s information security team,” reads the committee’s findings, which are contained in Yahoo’s 10-K report for 2016. Recode reports that because Yahoo failed to follow-up on information regarding the hacks that surfaced first in 2014, its top lawyer Ron Bell has resigned.

Mayer has accumulated about $ 162 million during her the five years she’s spent as the company’s CEO in both salary and stock awards, according to CNN. She’s also due about $ 55 million in severance if she decides to leave the company following its acquisition by Verizon. So it’s safe to say her bonus would involve a hefty amount of money now going to Yahoo employees who have weathered the storm throughout Mayer’s tumultuous tenure. Here is her note in full:

As those who follow Yahoo know, in late 2014, we were the victim of a state-sponsored attack and reported it to law enforcement as well as to the 26 users that we understood were impacted. When I learned in September 2016 that a large number of our user database files had been stolen, I worked with the team to disclose the incident to users, regulators, and government agencies. However, I am the CEO of the company and since this incident happened during my tenure, I have agreed to forgo my annual bonus and my annual equity grant this year and have expressed my desire that my bonus be redistributed to our company’s hardworking employees, who contributed so much to Yahoo’s success in 2016.

Correction: An earlier version of this story misstated the dates of the hacks. The security breaches took place in 2013 and 2014 and were only just disclosed last year. Ron Bell also resigned; he was not fired. 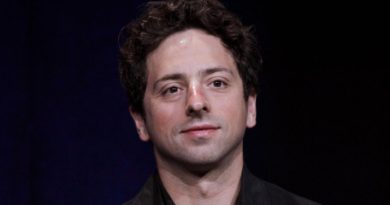