We knew it was coming, but Netflix is finally beginning to replace its old five-star rating system with a simple thumbs-up and thumbs-down button.

The move mirrors those of similar online content companies, such as Spotify, and is designed to solicit more feedback from users through a simple two-option ranking system, while also alleviating confusion about how the existing rating system actually works. Contrary to what many people believe, the star ratings you see for a Netflix show were never an indicator of a show’s popularity — they were designed as an indicator of what you personally may like depending on your previous viewing and ratings history. In other words, you and your best friend may have seen a completely different rating for exactly the same show.

This is why stars are making way for thumbs. Moving forward, users will no longer see a star rating next to a show, instead they’ll see a percentage rating — the higher the number the more likely they will enjoy the title, according to Netflix’s algorithms, at least.

Netflix first revealed plans to do away with the star-rating system last month, and the changeover process will soon be underway. Some users may not see the new ratings option immediately, however.

“Netflix has had star ratings for much of our history, but we’ve learned through over a year of testing that while we’ve used stars to help you personalize your suggestions, many of our members are confused about what they do,” explained Netflix’s director of product innovation, Cameron Johnson, in a press release. “That’s because we’ve all gotten used to star ratings on e-commerce and review apps, where rating contributes to an overall average, and the star rating shown next to a restaurant or a pair of shoes is an average of all the reviewers. On those apps, being a reviewer can be fun and helpful to others, but the primary goal isn’t always to help you get better suggestions.”

According to Johnson, Netflix saw a 200 percent increase in ratings during testing for thumbs-up, which isn’t all that surprising. The paradox of choice is a well-known phenomenon — the more options a consumer has, the less likely they are to make a decision. So rather than being faced with a number of rating possibilities, they now just have two: Like or dislike.

And although there are degrees of “like” and “dislike,” ultimately, people aren’t too concerned about being able to give a show 2.5 / 5. They just want to express their approval or disdain. 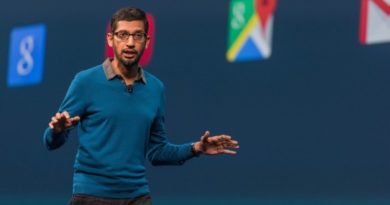