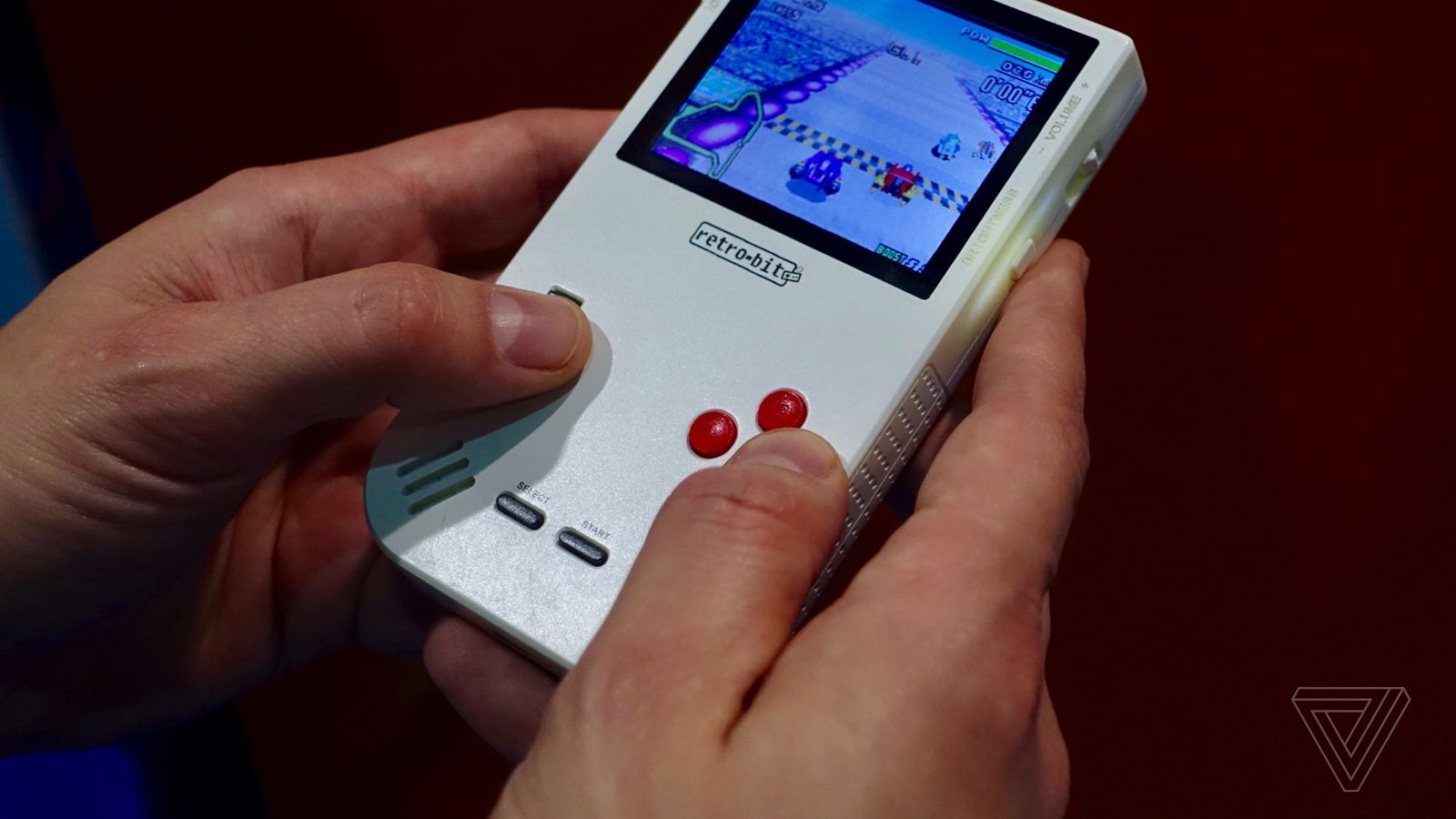 Retro-bit has been re-making classic consoles for many years now, and their latest is the Super Retro Boy. It’s designed to look and feel a lot like the original Nintendo Game Boy — and pretty much nails it. The prototype I played felt satisfyingly chunky and the plastic had a familiar texture to it. Of course, it’s not a straight design copy. For one, that would probably get lawyers involved. For another, a straight copy wouldn’t have the buttons and color screen that make this “super.” If anything, it felt a little too light.

It’s able to play cartridges designed for the Game Boy, Game Boy Color, and Game Boy Advance. I played through a level of F-Zero for Game Boy Advance and I learned that I am just as bad at this game today as I was years ago. The good news is that it just worked and the feeling of the controls was solid, even on this early model. We’re told that it should last about 10 hours on a charge (via microUSB) and will come with a 10-in-1 cartridge.

The Super Retro Boy is expected to cost $ 79.99 and should be available this August. Can you use electricity to trick your brain into not feeling pain?