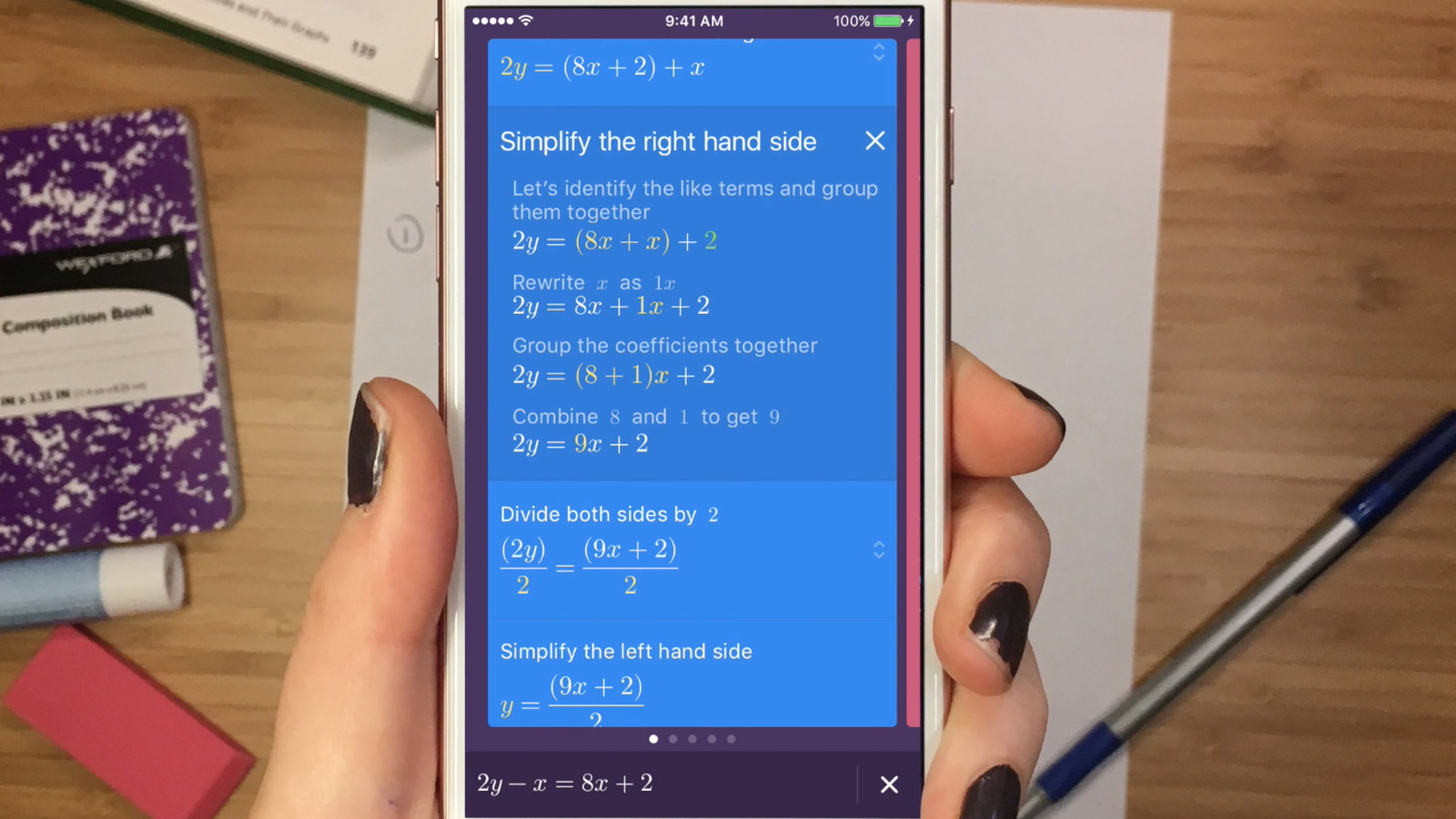 A little confession from me. I was homeschooled (that’s not the confession part), and in 8th grade my algebra textbook had the answers to half the problems in the back. And when I was stumped, I would cheat.

Of course, cheating at math is a terrible way to learn, because the whole point isn’t to know the answer to 2x + 2 = 7x – 5, it’s to understand the methodology that can solve any like problem.

But what if you could cheat at your homework and learn? That seems to be the premise behind app called Socratic. Or at least that’s my takeaway. The app lets you take a picture of a problem (you can also type it in, but that’s a little laborious), and it’ll not only give you an answer, but the steps necessary to to arrive at that answer — and even detailed explanations of the steps and concepts if you need them.

The app is actually designed to answer any kind of school question — science, history, etc. — but the math thing is the slickest part. For other kinds of questions, Socratic kind of does a bit of Googling, and in my experience can typically find similar word problems on the wide internet, or from its own database of answers. On about half the middle school science problems I tried, the app was able to identify the topic at question and show me additional resources about the concepts involved, but for others it was no more powerful than a simple web search.

But for algebra this thing is sick. I pointed it at 2x + 2 = 7x – 5, which I wrote down at random, and it gave me a 10 step process that results in x = 7/5. It has trouble with word problems, but if you can write down a word problem in math notation it shouldn’t be an issue. I also tried it on a weird fraction from an AP algebra exam, which it kind of failed at, but then I swiped over and it was showing me this graph, which included the correct answer: 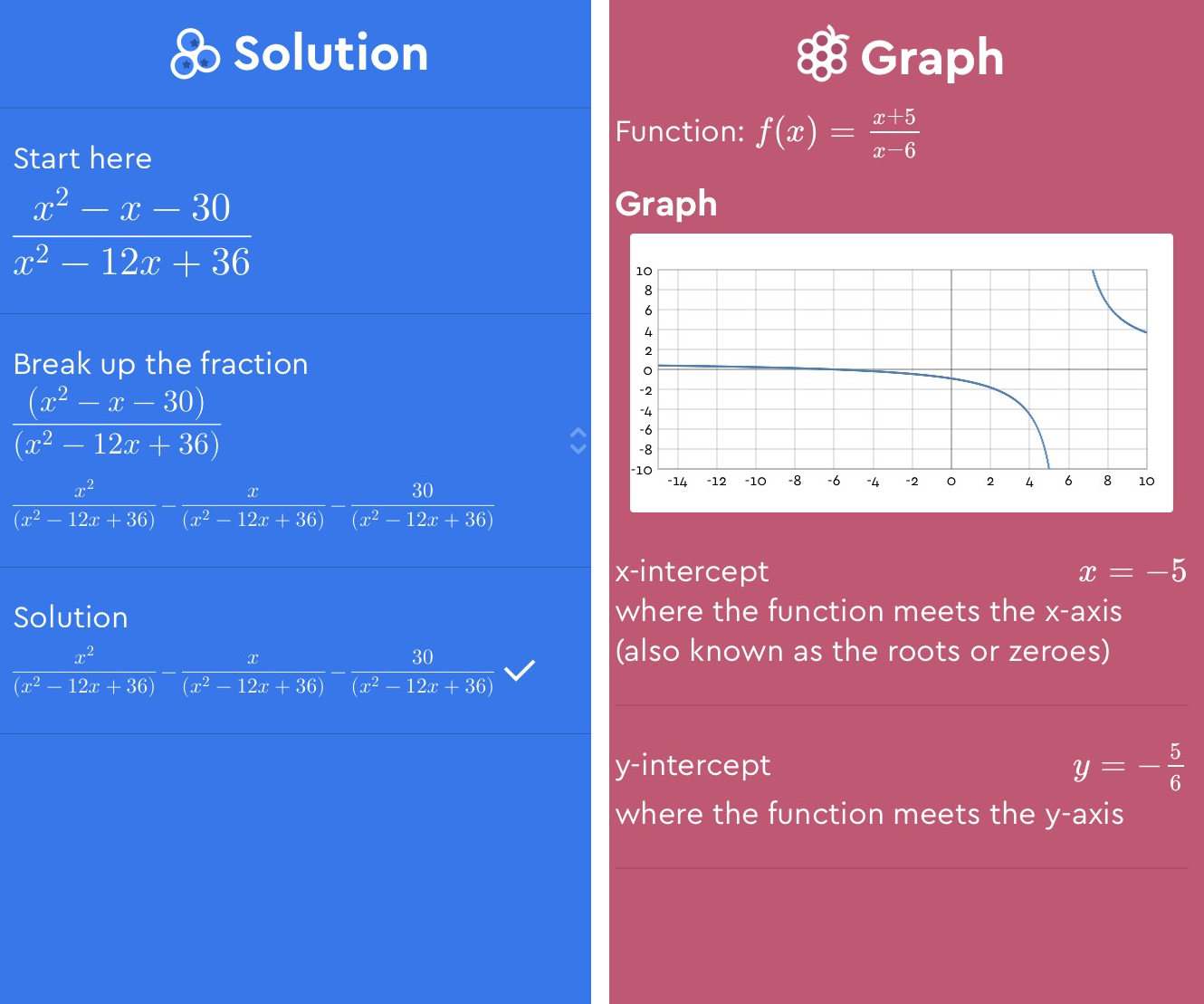 I love this app, not just because it would’ve helped 8th grade Paul out of a jam, but because it’s such a computery use of computers. You use the tiny computer in your pocket to be basically smarter than you already are. It’s technology that augments a human brain, not just a distraction.

The creator of Socratic just open sourced its step-by-step solver, called mathsteps. There are a lot of computer-based algebra solvers out there, but for Socratic they had to do some extra engineering to get at the steps a human would need to solve the same problem.

Also, I’d be remiss not to mention Photomath, which has been doing this since 2014, and actually has step-by-step explanations in the recently released Photomath+ paid version (there’s a free trial). I like the Socratic interface and explanations a bit better, but I’m glad to see this is a vibrant market. The pros and cons of owning a furry blue phone case

Facebook Advertising: How to Get More for Your Budget

Aw, Snap: Everything You Need to Know about Snapchat for Business #SMMW17