On one of the most politically charged weekends in recent US history, it might have been tempting for the celebrities at the Screen Actors Guild awards to retreat into the fictional stories they were celebrating. But instead, from the awards’ opening beats, they didn’t shy away from the news of the day, addressing the topics of immigration, protest, identity, and punching people in the face.

Ashton Kutcher set the tone for the evening, welcoming “everyone in airports who belong in my America,” alongside SAG members and viewers at home. Sarah Paulson, who scooped an award for her role in The People vs. OJ Simpson, used her speech to ask for donations to the ACLU, while Bryan Cranston slipped into character as president Lyndon B. Johnson to offer a warning to Donald Trump: “don’t piss in the soup we’ve all got to eat.”

Moonlight star Mahershala Ali also added an emotional take on the subject of identity and acceptance, referencing his own Muslim faith, and explaining how it didn’t stand in the way of his love for his mother — a Christian pastor. Julia Louis-Dreyfus took more direct aim at Trump’s executive order, calling it a “blemish” on the country, and un-American.

But the strongest statement of the night came from Stranger Things actor David Harbour. Harbour, who plays police chief Jim Hopper in the Netflix hit series, delivered a tub-thumping speech in which he emphasized unity and support for marginalized peoples. “We will repel bullies, we will shelter outcasts and freaks, those who have no home, we will get past the lies, we will hunt monsters,” Harbour shouted, surrounded by his cheering Stranger Things co-stars. “And when we’re lost amidst the hypocrisy and the casual violence of certain individuals and institutions, we will — as per chief Jim Hopper — punch some people in the face when they seek to destroy what we have envisioned for ourselves and the marginalized.”

Punch some people in the face pic.twitter.com/dOFqDdk1ah

Winona Ryder’s wide-eyed reactions to the rousing speech — alternately shocked, delighted, and confused — have already been turned into a meme, but it’s Harbour’s impassioned defense of the underprivileged that should be remembered. His reference to face-punching drew a particular cheer from the SAG awards crowd, serving as both a nod to the burly Jim Hopper he portrays in Stranger Things, and a reference to objectionable white supremacist Richard Spencer, who has been socked in the mouth twice now in front of TV cameras.

Coming from a Hollywood bubble already seen as liberal, these speeches may not be too impactful on the wider political scale. But they do serve to show that as huge numbers of people around the country go out to protest, Hollywood is watching, and it agrees that the current political situation is not normal. If there isn’t push back against Trump’s extraordinary executive order now, there may indeed be stranger things to come. 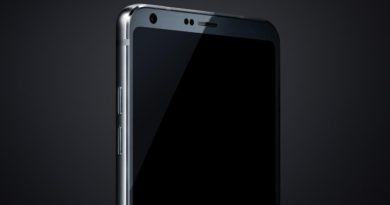 Data is the Biggest Roadblock to Cross Channel Marketing Success