PNR: This Old Marketing with Joe Pulizzi and Robert Rose can be found on both iTunes and Stitcher.

In this episode, we discuss the rumor spreading through Wall Street that Apple will buy Disney. We also explore Netflix’s newest billion-dollar business model and six publishing trends Reuters says brands need to pay attention to. Our rants and raves include an overly harsh critique of brand studios and the need to question your choices; then we close the show with an example of the week from Mint.

If you enjoy our PNR podcasts, we would love if you would rate it, or post a review, on iTunes.

To help more brands excel at publishing, join us for a webinar on May 9th with CMI founder Joe Pulizzi. We have also created a comprehensive e-book, with insights from 50 experts in the content marketing field, and their strategies on conquering the five pillars of brand publishing: content planning, workflow, distribution, analytics, conversion. Claim your download at powerpost.digital. 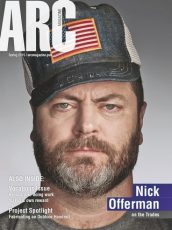 For a full list of PNR archives, go to the main This Old Marketing page.

Is Your Marketing House Built on a Rock or Sand?