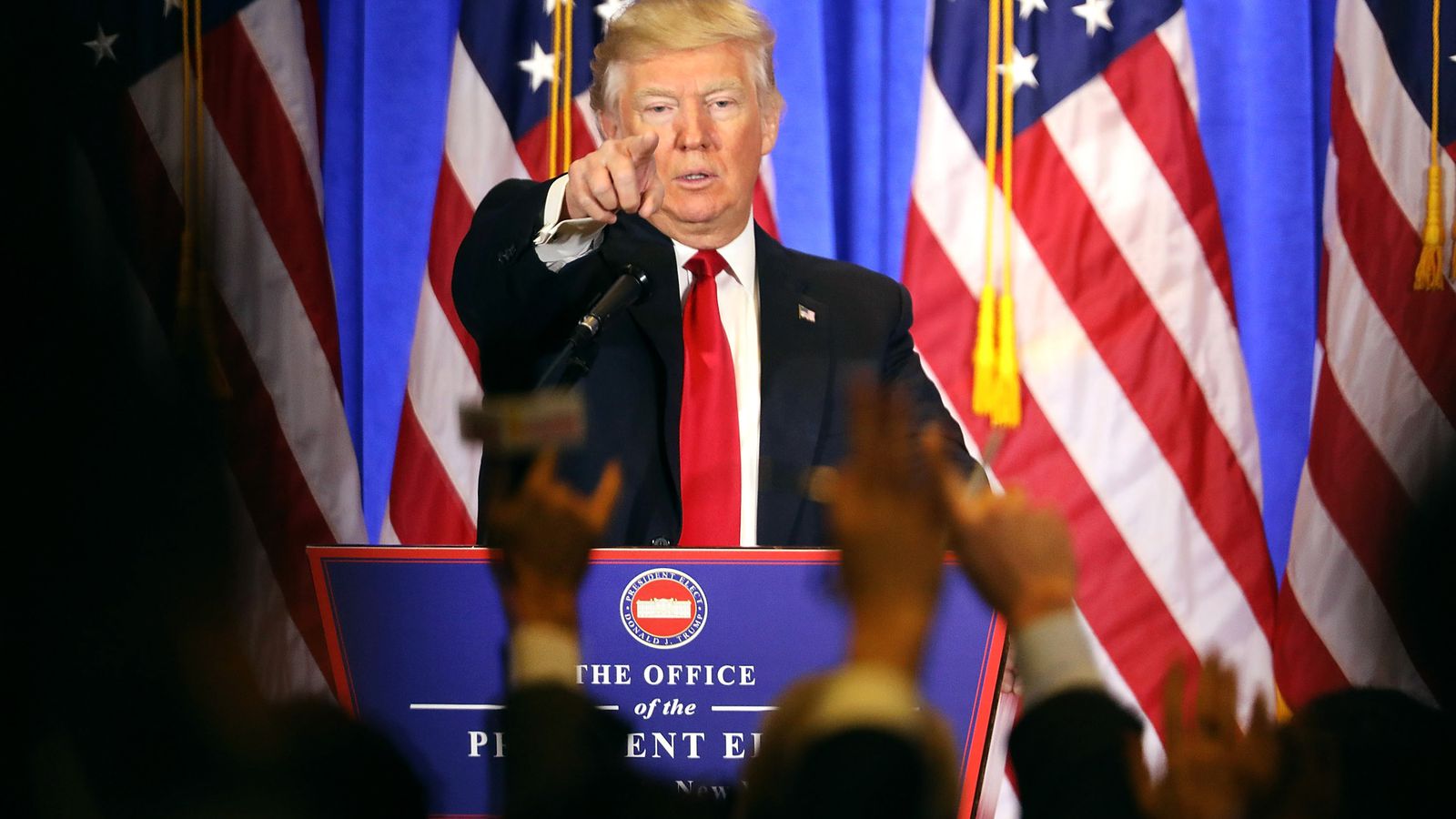 For the first time in 167 days, President-elect Donald Trump held a press conference today. The session was, in part, an opportunity to discuss a damning, but unverified report detailed by CNN, then published in its entirety by BuzzFeed last night. The report, which sources believe came from a former British intelligence agent, claims Trump has been “supported” and “cultivated” by the Russian government for years.

Because of this report, the highlight of today’s conference was the idea of “fake news,” a phrase uttered several times over the course of an hour by Trump’s press secretary Sean Spicer, incoming VP Mike Pence, and Trump himself. “Fake news” is a vague term that has evolved into a catch-all phrase for conspiracy theories, satire, factually inaccurate reports, and statements Trump and other politicians disagree with.

When Jim Acosta, Senior White House Correspondent for CNN, attempted to ask Trump a question, the President-elect refused to answer. “Not you. Your organization is terrible,” Trump said. “I’m not going to give you a question, you are fake news.”

This was quite something. After attacking CNN, Trump refuses to answer a question from @Acosta and says “you are fake news” pic.twitter.com/QGHxmG1NXt

When asked about the BuzzFeed report, Trump said, “It’s all fake news. It’s phony stuff. It did not happen. And it was gotten by opponents of ours, as you know because you reported it and so did many of the other people. It was a group of opponents they got together — sick people — and they put that crap together.”

He also referred to BuzzFeed as “failing pile of garbage” and said the publication would “suffer the consequences” for publishing the unconfirmed report.

Trump has always had an icy relationship with the media, but today’s press conference seemed to solidify the gulf between the President-elect and the people who report on him.

Even as the idea of “fake news” becomes more difficult to define, when it’s wielded as a tool by the President-elect to sidestep criticism, its rhetorical strength grows and any of its definitions start to seem applicable.

5 Interesting Digital Signage Installations From Around the World

Strategic ROI vs Attribution: CMOs Must Know the Difference