President Trump has pulled the Obama administration’s final FCC nominee, former commissioner Jessica Rosenworcel. The action suggests it’ll be even longer before the agency is restored to its typical five-leader status, and it opens up the possibility that Trump will break with long-running norms and stack the commission with conservatives.

The FCC is supposed to be led by five people: a chairperson and four commissioners, all nominated by the president and confirmed by the Senate. Traditionally, the commission has sat two Republican and two Democratic commissioners, with the chair changing off as the presidency changes hands.

Federal law prevents more than three members of the commission from being among the same party, so a president can’t fill the agency with five party-line leaders. A president could, however, find some ideologically similar independents and nominate them — though they’d have to be approved by the Senate.

But that doesn’t happen, because it’s been a political norm to allow the minority party’s leadership to pick who their nominee is. Current FCC chair Ajit Pai, for instance, was technically nominated by President Obama, though it was only at the behest of Mitch McConnell.

So the assumption has been that, even though Rosenworcel is a Democrat, she’d be reseated on the commission. (Her first term ended at the beginning of the year.)

It’s still entirely possible that’ll happen. Republicans didn’t want to confirm Rosenworcel because doing so would have led to a deadlocked FCC, with all of Pai’s initiatives getting 2-2 votes. The expectation was that Trump would pick a Republican to fill the commission’s other vacant slot, and that new Republican would be confirmed alongside Rosenworcel, restoring the agency to five members.

Today’s withdrawal of her nomination suggests that may not happen, or it may be a little while until Trump gets around to it. There’s been no word on who the administration might pick to fill the vacant slot, and it certainly doesn’t seem to be a priority.

That said, there’s good reason why Republicans would want to hurry up and seat another friendly commissioner. At least three people have to vote on every item that passes the commission, and though it hasn’t happened yet, it’s plausible that the commission’s lone Democrat, Mignon Clyburn, could withhold her vote to keep Pai from passing a particularly controversial action.

The open question now is whether Trump will follow established norms and renominate Rosenworcel (or another person of Democrats’ choosing), or if he’ll break from that and try to put a more conservative voice on the commission in her former seat. There’s really nothing stopping him.

That wouldn’t do much to change the commission, but it could cause a headache for the next Democrat to take office, since commissioners are given five-year terms.

The opposition to Rosenworcel has been something of a surprise, too. She was a well-liked commissioner who didn’t just rubber-stamp her party’s actions. Most notably, she broke with former FCC chairman Tom Wheeler on his plan to overhaul set-top boxes. That initiative ultimately failed because Rosenworcel withheld her vote. 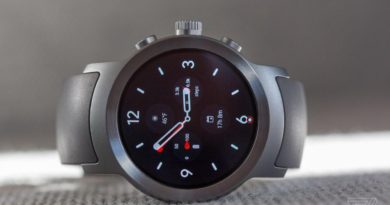