Whenever I wonder what will eventually happen to Twitter, which is something I think about literally every day, I remember this Jessica Livingston tweet from September.

I would love to know who said that, and then buy this person a drink. Because on most days that’s exactly how Twitter feels to me: like a brilliant idea trapped inside a steadily decaying product. It’s impossible to use Twitter for any length of time and not wonder what it might be like were it in the hands of a nimble, forward-thinking company with a functional product organization.

Well: we may be about to find out. The day’s most interesting tech news, to my mind, is the announcement that Amazon is launching a Twitter competitor. Twitch, the games-focused streaming site that Amazon bought in 2014, today announced Pulse — “a place where streamers can post and engage with all of their followers and the greater Twitch community right from the Twitch front page.”

On Pulse, which is rolling out to all users over the next few weeks, broadcasters can post to their friends and followers with a mix of text, links, images, and videos. These will appear to the broadcaster’s followers on the Twitch homepage in a reverse- chronological stream, just as on Twitter. (They’re also coming to Twitch’s mobile app, but not at launch.) If you’re a broadcaster, you suddenly have an easy way to share highlights with fans who missed your last stream — as well as promote your next stream, or anything else you want.

Top Twitch streamers all have over 1 million followers apiece, and it’s easy to imagine them turning to Pulse to grow their audiences and keep them entertained while they’re not broadcasting. But as on Twitter, anyone can contribute, and their posts will appear to friends and followers as well.

Twitch has been thoughtful about how to moderate on comments on Pulse. If a broadcaster chooses, they can limit reactions to only their friends, or only people who subscribe to their channel. Broadcasters can also delete comments.

For starters, Pulse won’t have a number of core Twitter features, including hashtags and @ mentions. But let’s assume they’ll come, and let’s also assume that over time Pulse becomes the default way that most Twitch users interact with other users of the service.

Maybe Pulse won’t ever amount to much more than a billboard for top Twitch users. Maybe it’s not a replacement for Twitter so much as it’s the “Instagram stories” of it: a useful media format embedded in a separate network. Maybe people will hate it, and it will all just fade away!

But if Twitter were ever going to be disrupted, this is exactly what I’d imagine it would look like at the beginning. Take a small but rabid group of core users, bootstrapped off an existing social network, and give them a core subject to discuss. (Recall that Twitter’s initial growth came largely from the San Francisco tech community discussing itself.) Twitch is expanding beyond video games, which means that Pulse will expand beyond video games, too. Throw Amazon’s money — and patience — behind it, and just about anything could happen.

It’s way too early to guess where Pulse is going, and I suspect even Twitch may not know. But if there’s a more interesting new social network in the world, it’s news to me. 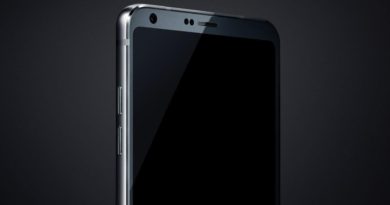 Marketing was Hard in 2016. Marketing Automation Helped Those Who Used It. 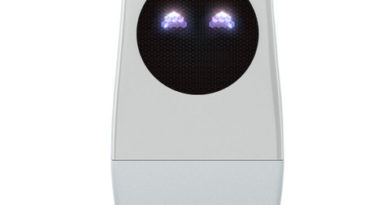 Soylent is getting an AI spokesperson, because it wasn’t dystopian enough already