On April 16th, 2013, IamDRock went into the forum and wrote a post titled I Love Rainbowdasher.

EP is the Experience Project, an online community that connects anonymous people with others who share their experiences. A person can post an anecdote, thought, or particular feeling, and other people can “join” that experience. Posts can range from the heartbreaking (“I Am Depressed Because I’m Lonely”) to the mundane (“It’s that time of year again when your hair gets static all the time!!”) to the Hallmark card (“I Can’t Change My Past But I Can Change My Future”). Next to the title of each post is orange button that says “Me too.” It’s performative solidarity — on any topic imaginable — with a click.

Perhaps it was this lack of organization that made the forums impenetrable to outsiders. In 2013, Philadelphia Magazine called the Experience Project “the worst social networking website” because of its lack of cohesion, theme, and spellcheck. There are posts asking for money, detailing sexual fetishes, and wondering if it’s a sin to be Jewish. Although it reportedly had tens of millions of members at its peak, in March of last year, citing privacy issues, the Experience Project team announced they would be “pressing pause” on the site indefinitely.

Now, Experience Project exists solely as an archive, a static collection of days and years and memories which at one point existed in the present moment, but no longer do. For longtime users, it looks like a historical play-by-play of relationships they once watched from the sidelines. For people like me, who only stumbled upon the remains of the Experience Project after its death, it’s like uncovering a yearbook in someone else’s attic.

Over time, IamDRock and Rainbowdasher became something of an Experience Project power couple. Their relationship, which as best as I can tell, began in early 2013 but was solidified with the forum post in April, is mentioned repeatedly in other users’ posts as something to aspire to. Even users who had never met them in person felt like they were part of the relationship, which is easy to imagine when you’re watching it unfold in real time.

The static, collected nature of such online relationships mimics a particular type of (sometimes unrequited) love letter. Love letters have been around for centuries, but there’s been a relatively recent surge of a specific type letter compilation that creates an overarching narrative, instead of merely capturing the red rose moments. Take Sophie Calle’s Take Care of Yourself, an art installation that analyzed a breakup email from several different angles and with the help of several people, or the 2015 book I’m Very Into You, which documents a year’s worth of vaguely romantic email correspondence between academic McKenzie Wark and artist Kathy Acker. Even Chris Kraus’s 1997 novel I Love Dick, which last year was turned into a Kevin Bacon-starring show on Amazon, documents the minutiae, beginning to end, of a relationship that never really existed at all.

If you follow IamDRock and Rainbowdasher’s trail on the Experience Project, a timeline unfolds. After they pronounce their love on the forums (in two separate posts), they both join the Experience Project group I Fell In Love with Someone I Met Online. Most of their posts from that point on are about each other. In July of 2013, they meet in person. Then, conspiracy theories and rumors surrounding their relationship begin to surface, as they tend to do online. By November 2013, IamDRock apparently felt forced to write a post titled I Know That Rainbowdasher and Iamdrock are Not The Same Person, to address a rumor that IamDRock had created an avatar for a lover that didn’t exist. In February 2014, Rainbowdasher wrote a post detailing their first kiss. Three months later, things seem to have changed.

On May 15th, Rainbowdasher wrote a post titled I Am Sad:

I’m starting to think we aren’t going to make it guys. Whenever I try to talk to him he just shuts down and tells me I’m better off without him or that he is buying me a bus ticket back to MA. I feel like he just gives up. I feel so alone.

Unlike most of Rainbowdasher’s other posts, IamDRock wasn’t in the replies this time.

This was the final instance I could find of Rainbowdasher or IamDRock posting about each other, though given the Experience Project’s lack of coherent organization it’s difficult to say for sure (her profile photo remains a shot of them together). I also couldn’t find many posts from either of them that wasn’t explicitly about the other, giving the impression that as the relationship fizzled, so did their time spent online documenting it. Although few other relationships on the Experience Project grew to such mythic proportions, there are implicit mentions of several others throughout the forums, stuck for eternity.

Of course, unlike more traditional relationship artifacts like I’m Very Into You and I Love Dick, social media coupledom is automatically documented — and it’s public. The authors of the posts have no opportunities to edit them, or ask a publisher to pick and choose which correspondences fit nicely into the story they’re trying to tell. Often, it seemed like the Experience Project was IamDRock’s and Rainbowdasher’s communication channel of choice throughout their relationship, with other users acting as moderators in their squabbles. The Experience Project allowed their narrative to be told in real time, with an interactive Greek chorus following along. The downside of that immediacy meant the death of the forums also signaled the death of the story.

The last few pages of the EP forums are stuffed with users saying goodbye to friends, and goodbye to the idea of the Experience Project. On April 2nd, 2016, just weeks before the forum shut down for good, a user named Lady Bronte mimicked the rhetoric of a breakup in her goodbye post:

It was, after all, the end of a relationship.

Illustrations by James Bareham / The Verge 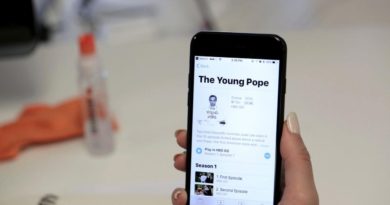 The Big Top: A New Model for SEO-Driven Content